NOMO, the number one free-from chocolate brand in the UK has launched its first above the line campaign, ‘NOMO, it’s kind of a big deal’ 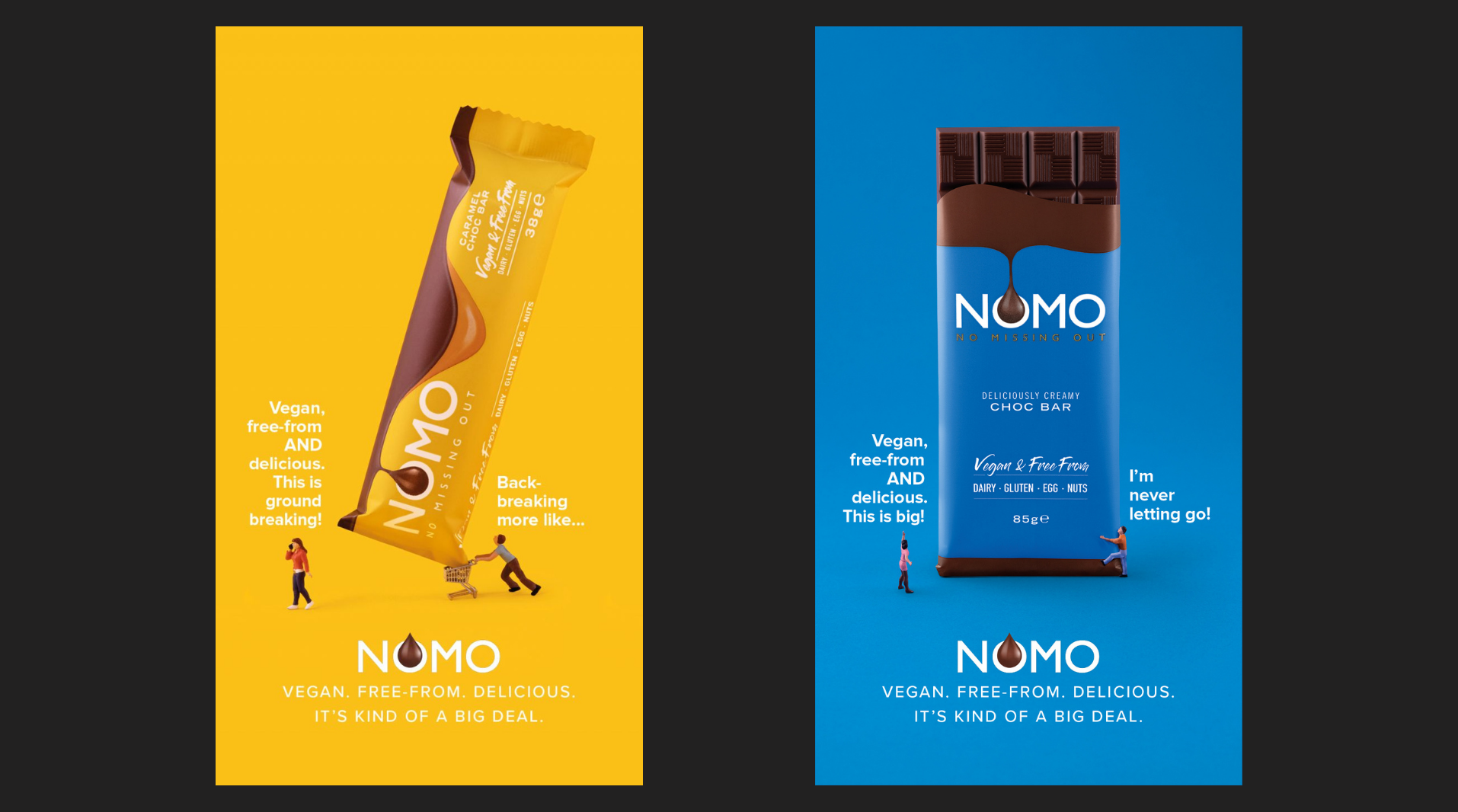 NOMO, the number one free-from chocolate brand in the UK has launched its first above the line campaign, ‘NOMO, it’s kind of a big deal’, consisting of static digital banners, rail transvisions in national stations and point of sale posters in Tesco, Sainsbury’s and Waitrose.

NOMO first launched in May 2019 and has since been thriving in the confectionery industry for almost two years. NOMO is vegan as well as dairy, gluten, egg and nut free and has made its mark within the free-from space, selling 6,673,041 in unit sales since its launch.

Over the two years, NOMO has created seven incredible flavours: Creamy Choc, Dark, Fruit and Crunch, Caramel and Sea Salt, Hazelnot, Caramel and Hazelnot Smooth. As well as products for Easter and Christmas.

On April 26th, the above the line campaign will launch, shot by the photographer Christopher Boffoli. This campaign focuses itself around NOMO being a big deal within the chocolate space; it is free-from and vegan yet tastes as delicious and creamy as ‘normal’ chocolate. It’s big news.

To capture this, the above the line campaign has used macro photography of the NOMO choc bars with miniature NOMO people, highlighting the big difference and big impact that NOMO makes to people, particularly those with allergies or intolerances that prevent them from enjoying standard chocolate.

Emma Perrett, Marketing Controller at Kinnerton Confectionery said: ‘We are excited to finally bring our very first above the line campaign to life. NOMO is a big deal to many people who follow a vegan or free from diet but we know there are many others who are contemplating making a switch to plant based foods who may not be aware of our brand. We want everyone to know that NOMO is as delicious as milk chocolate but has the added benefit of being both vegan and free from – so it really is a big deal.’